Malaysia e-Wallet scene is growing since the introduction of e-Tunai Rakyat initiative last month. Have you redeemed your share of the e-Tunai? Grab them fast before they ran out.

Without doubt, going cashless is the future and e-Wallet is the main piece in achieving that. The landscape is crowded with 49 players that are approved by BNM fighting for the top spot. 49 is a lot and I have never even heard half of them. With such a huge choice, where should we start?

Just like the credit and debit card, e-Wallet is another alternative for the transaction system. It is completely digital which allows for quick account setup and can be done through your smartphone. Paying for goods or services is easy as scanning a QR code or NFC reading through your e-Wallet apps. Yes, the future is here. Let’s take a look at some of the e-Wallet provider in Malaysia.

The e-Wallet landscape is still a wild west with lots of competition vying for our (consumer) attention. The e-Tunai Rakyat might change this as only three of the e-Wallet were eligible for the initiative. This further helps them to solidify their dominance and gain adoption. I call them the Big Three, and they are: Boost, GrabPay and Touch n Go. They are an all-rounded e-Wallet which is supported by a large network of merchants.

Boost marketed itself as a lifestyle e-Wallet and they are backed by Axiata Group Berhad. Boost gained popularity thanks to their ease of use, generous Shake Rewards, Games and Mission features. The Shake Rewards gives you coins after each purchase which can be converted into cash, gifts and vouchers. Missions and Games encourage you to spend more using Boost to unlock more coin and cash. It seems like you always get rewarded when using Boost, which makes the whole experience enjoyable.

Upgrading to a Premium Wallet will let you have a bigger wallet size (RM 1,500), higher monthly transaction limit (RM 4,500) and the ability to withdraw money to your bank account.

Who is it for? Everyone.

GrabPay is the mobile payment service from Grab, the e-hailing giant from Singapore. Like Boost, each transaction will earn you some GrabRewards Points. These points can be used to offset your purchases and discounts which includes Grab rides and GrabFood. But unlike Boost, no 6-digit PIN is required when making a transaction.

Who is it for? Everyone that is a regular user of Grab rides and GrabFood.

TnG e-Wallet started as a digital extension to their TnG card back in 2018. It was confusing initially since the e-Wallet creates a separate “account” for your TnG card instead of integrating with the existing one. It took a little bit of time to understand the whole mechanics.

Since then, it has grown into a full-fledge e-Wallet that is adopted by over 100,000 merchants. From the stalls at your pasar malam to a car spa centre, TnG e-Wallet probably has the largest merchant network among other providers. There is a lot of promotion going on at a time which makes it hard not to use your TnG e-Wallet as payment.

With the introduction of RFID tag, you can use your e-Wallet funds for both TnG and RFID reload. Based on this, the RFID services will be featured in parking spaces and petrol refuelling in the near future. The way I see it, TnG is growing dominant by the day.

Who is it for? Everyone, but more effective for a car owner who commutes frequently.

The Other Three e-Wallet

While not as big as the Big Three, the Other Three Malaysia e-Wallet provider still garnered a high usage among Malaysian. They are niche in terms of usage and features.

BigPay is a combination of a digital bank and e-Wallet. Created by AirAsia, BigPay provides a sleek and minimal interface apps as well as an iconic light blue prepaid Mastercard. You can pay for your purchases either by using BigPay e-Wallet apps or the prepaid card at any merchant which accepts Mastercard. The e-Wallet and prepaid card share the same funds. Plus, you can withdraw the stored funds from ATMs.

BigPay offers simple international money transfers with low and fixed fees to ASEAN neighbours (Singapore, Thailand, Nepal, Bangladesh, India and Philippines). They boast fast overseas money transfer (within 24-hour) and low exchange rate. Being created by AirAsia has the perks of earning you BIG Loyalty points for every overseas transaction which can be redeemed for AirAsia flight tickets.

Who is it for? Frequent overseas traveller or for sending money abroad.

FavePay is unique in a sense that it is not really an e-Wallet, but an app to enable cashless payments. It’s great since FavePay already has a large network of merchants participating under their main business, Fave.

No need to reload your FavePay wallet as there are none. Instead, FavePay works by giving you either a voucher or cashback that is determined by the merchants. User will be able to redeem the cashback or vouchers in their next purchase. So, it is sort of a digital loyalty programme in a way.

Who is it for? Cafe hoppers and foodies.

Razer — the Singaporean gaming hardware and software manufacturer also has their own e-Wallet, aptly named RazerPay. They cover the payments for digital services and entertainment such as Spotify, PlayStation Network, Steam, movie tickets and bills. RazerPay is great for gamers as they always have gaming-focused promotions and events.

User can reload their e-wallet by linking to a credit or debit card or through physical stores such as 7-Eleven. RazerPay allows their user to withdraw funds from the e-wallet to their bank accounts anytime.

Who is it for? Gamers and frequent digital services and entertainment subscriber.

The rather weird naming that I gave these three providers is since they are not really an e-Wallet. They put a clever spin to their “e-Wallet” which deserves a mention here.

1. Maybank Anytime Everywhere (MAE): MAE is Maybank’s e-Wallet. Just like the name, it can be used anywhere that supports QRPay and you don’t even need to be a Maybank account holder. Reloading is easy as you can use any bank account or link it to your Maybank account. One neat feature is that you can split bills among your friends and notify them through the apps. I used MAE to transfer money between my friends — quick and easy.

2. Setel: Malaysia’s first fuel e-payment system from PETRONAS. Setel is convenient as you can pay your fuel straightaway from your car. No more walking to the counter and queuing just to pay for your fuel. A safer alternative for women, I guess. Another cool feature is you can pair the apps with your Mesra card to redeem and earn points. Detailed monthly statements are also generated within the apps for easy tracking.

3. Shopback: Shopback marketed itself as a digital discovery and loyalty platform. Basically, you earn cashbacks by making a transaction with Shopback partners through Shopback website. Their partners include Lazada, Agoda, Expedia and Booking.com. The best thing is, the cashback is on top of your e-Wallet or credit card cashback. Talk about cashback on cashback.

Which e-Wallet for me?

I’ve included a “who is it for?” section for each e-Wallet. If they perfectly or remotely describes you, then it is a good e-wallet for you to start your cashless journey.

But really, we are now at an interesting phase where e-wallet providers are throwing cashbacks and promotions left and right. Take advantage of this situation and possibly use all of the e-wallets for your benefit. They may not last long. Yeah!

The Malaysia e-Wallet landscape is very competitive and overcrowded. To put into perspectives, China has a population of 1.4 billion and they only have 2 dominant e-Wallet: WechatPay and Alipay.

In contrast, Malaysia has 44 times smaller population than China but we have over 40 e-Wallet provider. Going forward, the number of players will be reduced due to lack of adoption or funding.

All of the promotions, cashbacks and incentives that we enjoyed now will be lesser as e-Wallet provider starts to drop out. We will probably see the more dominant player will eventually buy/merge with the smaller one.

However they will play out, it will be an interesting thing to see.

ACTIONABLE TIPS: As with credit cards, go through your monthly spending and determine which of your fixed expenses can be paid using an e-Wallet. Next, choose a suitable e-Wallet to leverage on the promotions, cashback, gifts and points. Remember, you don’t have to incur additional expenses just because there is a promotion going on. Good luck!

So, which one is your favourite e-Wallet and do you think it will emerge as the winner in this showdown? Share your thoughts in the comment section below. Feel free to share this article to your social media circles to increase adoption for Malaysia e-Wallet. 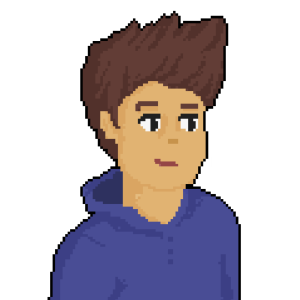 Mat is your average Malaysian with the dream of being financially free. Deep down, he knows the journey towards independence is very tough and treacherous, which is why he blogs in Mat Kewangan as a way to keep him motivated and keep the dream alive.
PrevPreviousShould You Get a Credit Card?
NextReview: 7.78% Return in 3 Months investing with Wahed InvestNext
Subscribe
2 Comments
Oldest
Newest Most Voted
Inline Feedbacks
View all comments

Hey, thanks for reading! Really appreciate it

About Emergency Funds: What, Where, How?

7 Lessons From You Don’t Have to Be a Shark

You are visitor number:

If you like what you are reading and ready to embrace more content on personal finance, investing and self-development, give Matkewangan’s Newsletter a try.

It’s a very unannoying list, I promise. I mainly use it to ensure you receive the new posts when they come out and my curated favourite reads once in a while.

Sounds good? Sign up for Matkewangan’s Newsletter using the form below.